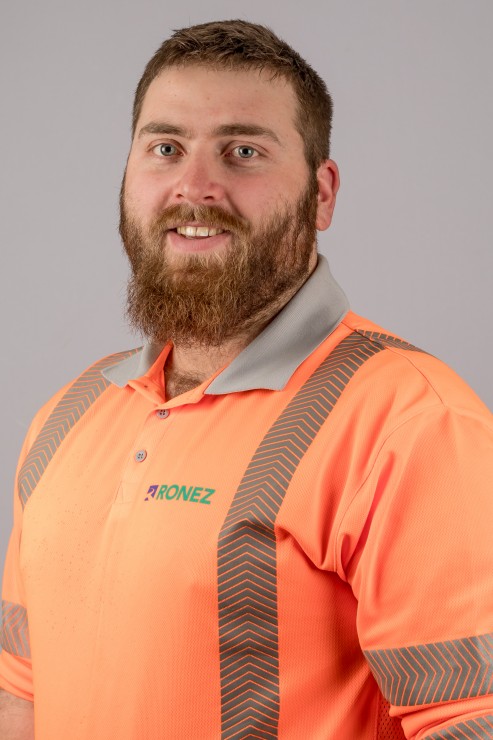 After leaving school in Jersey and studying engineering in Bath, Toby landed a job as a junior design engineer in Bristol. He worked for a project called Bloodhound SSC and their goal was to build and race a car capable of reaching up to 1000mph on land! Toby worked with the Bloodhound team for 3 years, developing the car and travelling around the UK and Europe promoting the project and educating young people about STEM subjects (science, technology, engineering and maths).

In October 2015, Toby decided it was time to return to Jersey and applied for a job at Ronez. He already had some experience and interest in quarrying as he had already worked for Ronez as part of his school Project Trident work experience placement and then as an Assistant Laboratory Technician during summer holidays.

Toby is now the Assistant Operations Manager with direct responsibility for the asphalt plant. He is also involved in most aspects of the business including operation of the fixed plant and taking part in blasting the rock. As part of Toby's continual professional development, he has undertaken a foundation degree in Mineral Extractives Technology at the University of Derby and various Shotfiring qualifications, all this alongside his day to day role.

Outside of work, he is a keen IPSC shooter and regularly represents Jersey in the NatWest Island Games. In 2017, at the IPSC World Shoot in Chateauroux France, he was fortunate to shoot against the best in the world.